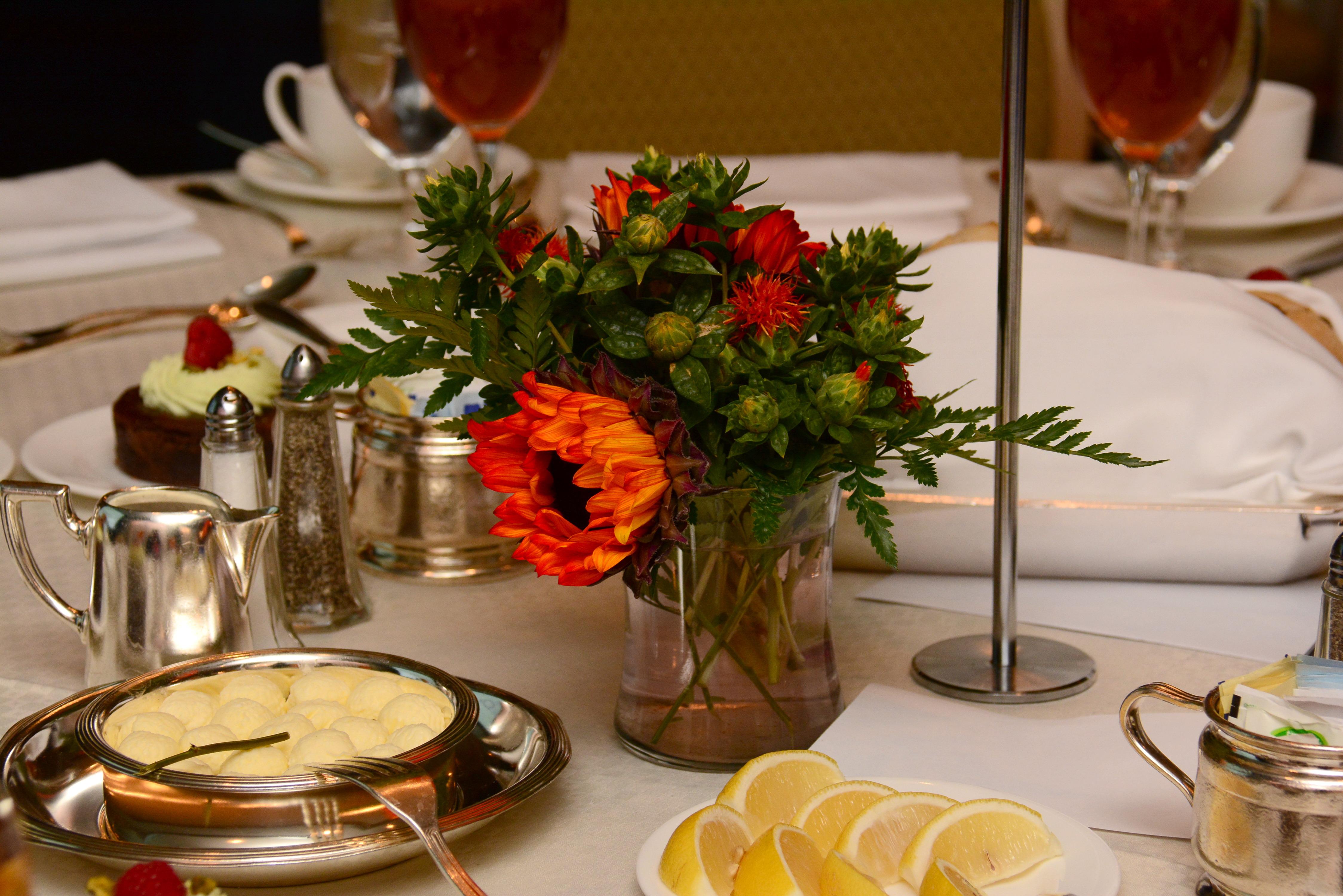 The Atlanta Chapter of ARCS Foundation honored 45 outstanding young scientists with scholar awards totaling  $322,500 at its 23rd annual ARCS Scholar Awards Luncheon Thursday, November 20th at the Ritz-Carlton, Atlanta. This year’s recipients included Atlanta Chapter’s first 3 scholars participating in the Roche/ARCS Foundation Scholar Award Program in the Life Sciences. This program will support the next generation of life science leaders and further the shared interests of The Roche Foundation and ARCS Foundation in the advancement of science.

Shan Cooper, Vice President of Lockheed Martin Aeronautics Company and General Manager of the company’s Marietta, GA facility, keynote speaker for the event, discussed the importance of scientific innovation and plentiful STEM graduates to the future of the United States. She also encouraged the scholars to adopt excellence as a habit in all aspects of their professional lives. Bill Liss from WXIA-TV moderated the question and answer session. An unexpected question resulted in Ms. Cooper, who also happens to be a gospel singer, closing the program with an inspiring rendition of The Star Spangled Banner, which seemed only fitting given ARCS Foundation’s mission. 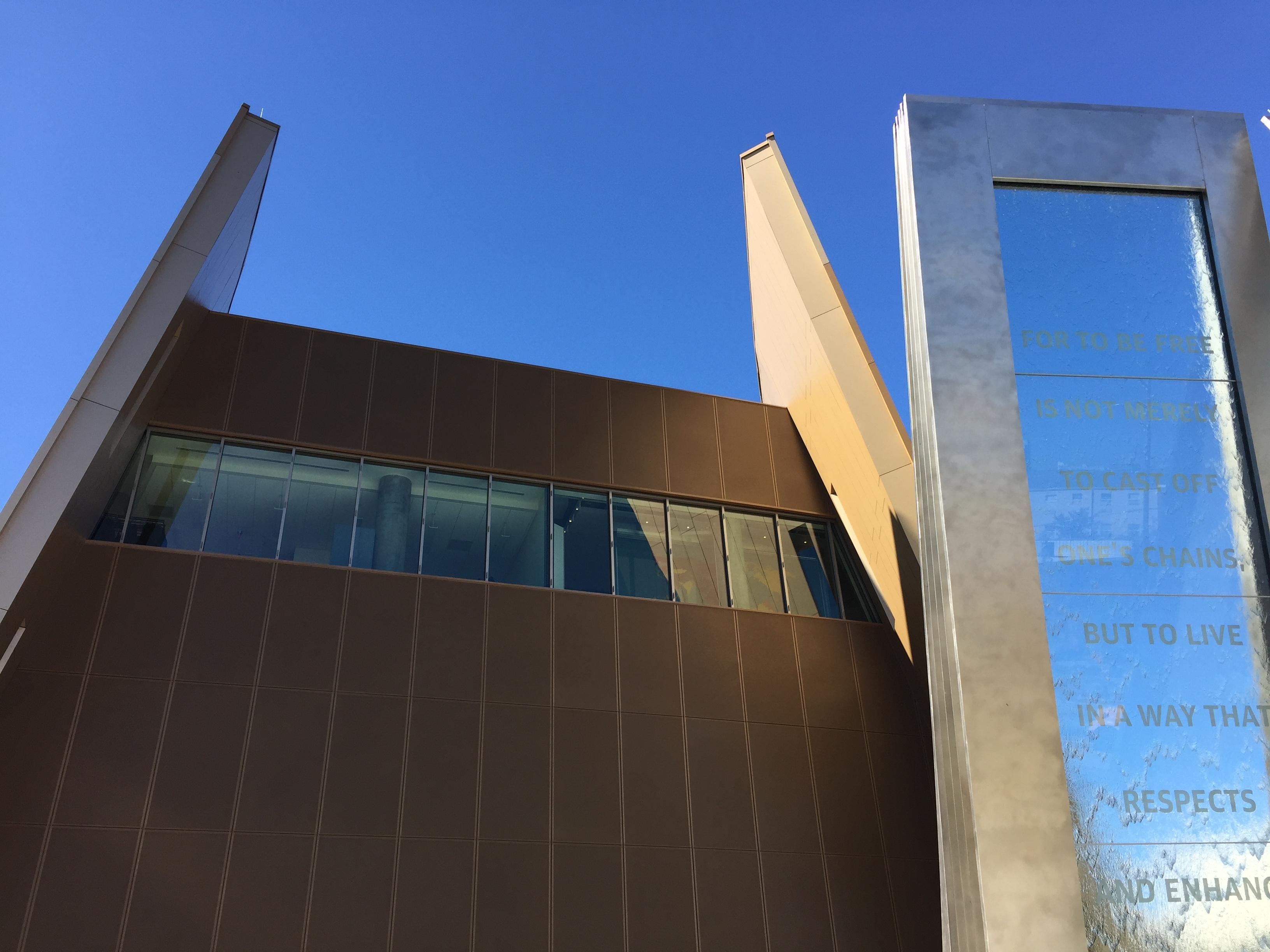 Center for Civil and Human Rights

On October 23, 2014, more than 50 ARCS Foundation Atlanta Chapter members and guests toured the recently opened Center for Civil and Human Rights in downtown Atlanta. The Center is unique in that, rather than being content preserving and telling the important stories of the Civil Rights Movement, it also strives to connect that movement to the Global Human Rights Movements of today.

Touring the Center is both emotional and educational. Visitors can better appreciate the commitment and discipline of protesters that staged lunch counter sit-ins by experiencing the lunch counter display, closing their eyes and listening to the soundtrack of threats and beatings seeming to happen just behind them. They can also listen to the pure sounds of children playing while looking at stained glass portraits of the four girls that were killed by the bombing of Birmingham's 16th Street Baptist Church in 1963. A map of the world where countries are color-coded to indicate their levels of freedom focuses the attention of observers on work that remains to be done.

Following the time allotted to explore the galleries, Doug Shipman, visionary CEO of the Center, joined the group for a boxed lunch and discussion of the Center's creation, development, and vision.

Center for Civil and Human Rights

On Sunday, October 5th, the Atlanta Chapter of ARCS Foundation held its annual Fall Cocktail Party at the home of Leslie and Skip Petter. More than 120 members and guests spent the lovely fall evening together, greeting both old and new friends. Chapter President, Jane Dolinger, welcomed everyone and quickly turned the program over to the VP for Membership, Lee Doyle, who introduced the Chapter's 10 new members, providing a short biography for each.  Following this, Debbie Liss surprised everyone by auctioning off 4 bottles of fine wine and raising $2,700 for the Atlanta Chapter Endowment Fund. Everyone agreed this was a fantastic kick-off for the Chapter's new year of events! 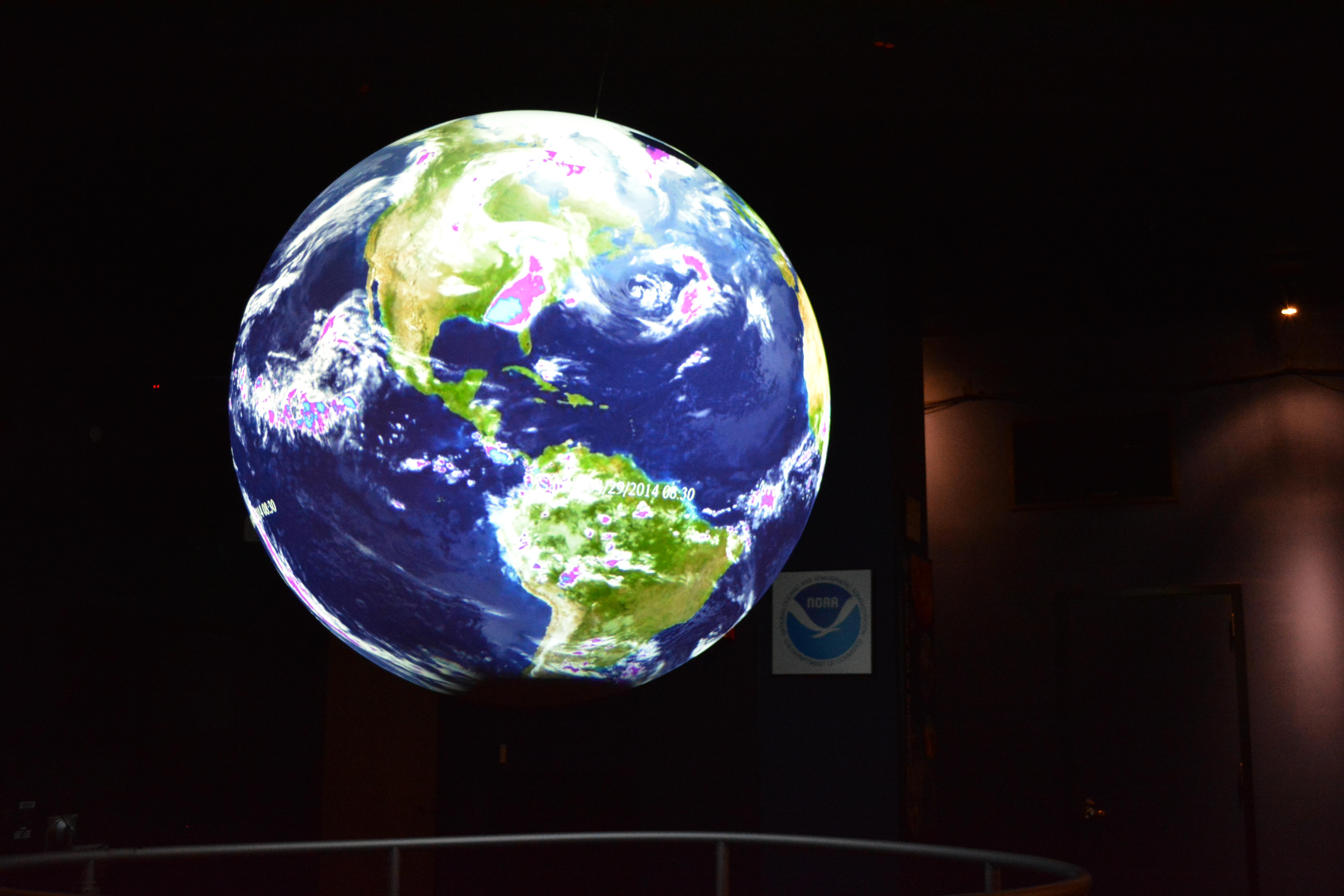 Atlanta Chapter Members of ARCS Foundation and spouses took a VIP tour of Boulder, Colorado, April 30-May 3, 2014, under the superb guidance of Retreat Co-Chairs Janie Wilson and Peg Cooley. Their excellent planning led to a fascinating tour of some of Boulder's most outstanding institutions of science and technology, plus lodging in a deluxe hotel and a series of delicious meals in unusual venues. 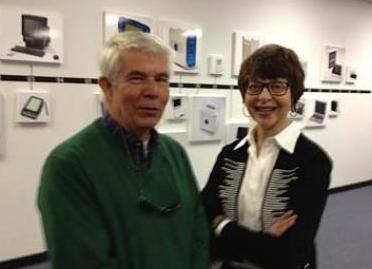 On February 23, 2014, thirty four Atlanta Chapter members and guests, including John Lundeen and Debbie Liss (pictured above in a photo by Lisa Bankoff), took a private, guided tour of the curated collection of game-changing Apple computers and electronics at the Apple Pop-Up Museum. Debbie organized the “invitation only” event which raised $1,600 for the ARCS Foundation Atlanta Chapter Endowment Fund.