The Atlanta Chapter of ARCS Foundation kicked off the year with its annual cocktail party.  As always, this party introduced our new members.  We have ten new active members; two new associate members, one reactivating her membership and one joining us from another chapter of ARCS; and one new honorary member.

This year, the party had a special theme: our Silver Anniversary.  Anniversary chairs Susan Higley and Ginny Plummer donned their festive costumes to give us a preview of some of the special events planned for this yerar,

The party was held at the home of Leslie and Skip Petter.  The weather was delightful and everyone enjoyed being able to catch up in the Petter's lovely garden. 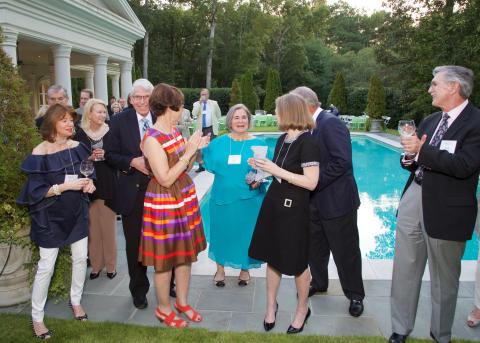