On October 23, more than 50 ARCS Foundation Atlanta Chapter members and guests toured the recently opened Center for Civil and Human Rights in downtown Atlanta. The Center is unique in that, rather than being content preserving and telling the important stories of the Civil Rights Movement, it also strives to connect that movement to the Global Human Rights Movements of today.

Touring the Center is both emotional and educational. Visitors can better appreciate the commitment and discipline of protesters that staged lunch counter sit-ins by experiencing the lunch counter display, closing their eyes and listening to the soundtrack of threats and beatings seeming to happen just behind them. They can also listen to the pure sounds of children playing while looking at stained glass portraits of the four girls that were killed by the bombing of Birmingham's 16th Street Baptist Church in 1963. A map of the world where countries are color-coded to indicate their levels of freedom focuses the attention of observers on work that remains to be done.

Following the time allotted to explore the galleries, Doug Shipman, visionary CEO of the Center, joined the group for a boxed lunch and discussion of the Center's creation, development, and vision. 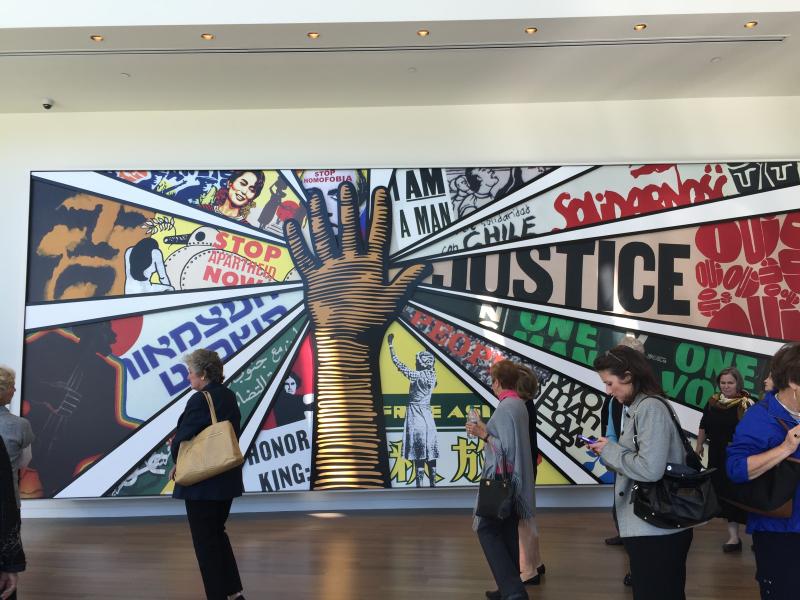