The fall ARCS education program on October 19th wasn't just any trip to the zoo.  Our group was treated to a behind the scenes tour that included special non-public areas.   We had a guided tour of the kitchen where food is prepared for the animals.  One of the best experiences was watching the orangutans from an up-close viewing area.  They are incredible creatures and we enjoyed their behavior.

The twenty-eight attendees were treated to a sit-down lunch followed by an update on all the exciting things happening at the zoo by Zoo Atlanta President and CEO, Raymond King (husband of ARCS member Robin King).  Dr. Joe Mendelson, Director of Research, spoke to the group about several research projects the zoo is conducting in collaboration with Emory University, Georgia Tech and UGA and Carnegie Mellon University (CMU).  A common problem CMU engineers have encountered is designing snake-like robots that can climb sandy slopes for use in applications such as search and rescue missions and exploration of other planets.  To solve that problem, they explored the physics behind how the Sidewinder Rattlesnake is able to do so in a makeshift dessert on Zoo Atlanta grounds.  They will then utilize what they learned from nature to design next generation robots with these desired capabilities.

It was a gorgeous fall day and the attendees continued to enjoy the zoo on their own in the afternoon. 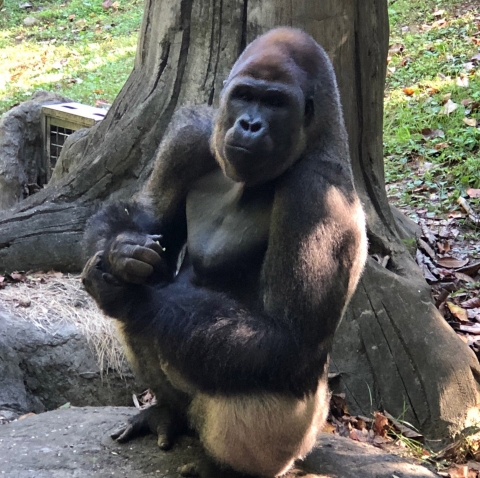