The January General Membership Meeting was held via Zoom on January 13, 2021 following the Board Meeting. We were thrilled to have one of our current scholars as our speaker. Kantwon Rogers, a BlackRock Scholar, working on his PhD in Computer Science at Georgia Tech, shared a very interesting and engaging presentation with approximately sixty of our members. After discussing his background and the fact that he views himself as a professional student, he noted that he has been at Georgia Tech for 10 years and his PhD will be his 4th degree from Tech. In addition to his research, Kantwon teaches an Introduction to Computer Programming course to 1000+ students, manages 40 TAs and is a Resident Advisor in a male freshman dorm. He is certainly a busy guy!

Kantwon’s presentation focused on his work in artificial intelligence with his research on human-robot interaction, specifically robot gendering and human reaction when a robot is dishonest. He showed several videos, after which he asked for audience participation, and demonstrated that our reactions were consistent with his focus groups. As interesting as his work is, our members were equally impressed by his appreciation of all who have helped him and his desire to give back. He established a scholarship for students to attend a summer computer camp, something he felt was instrumental in cultivating his academic passion and current success. He stated his belief in “lifting as you climb” and it is apparent that he does just that. After the conclusion of his presentation, he answered various questions from our members for about 15 minutes.

Having heard from Kantwon at this meeting, it is apparent that our scholars are a wealth of knowledge and we hope to hear from more of them in the future. If you would like to learn more about one of our chapter’s many outstanding scholars, visit Kantwon’s website www.Kantwon.com or watch the YouTube recording of his presentation to our ARCS membership below. 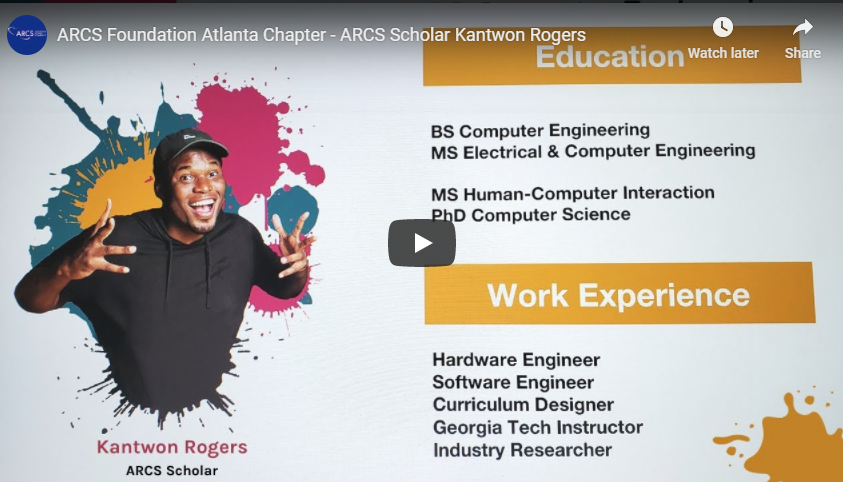 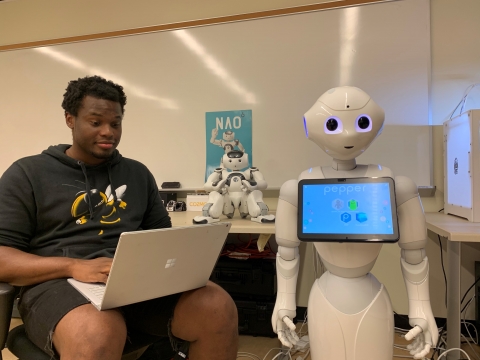