The attached suggested reading list for the Pittsburgh Alchemy - From Steel to Digital Environments retreat may hold some treasures for you.  There is nothing more satisfying than stepping into a town having some background knowledge of your environment!

FROM STEEL TO DIGITAL ENVIRONMENTS

“Pittsburgh: Then and Now” by Walter C. Kidney – Classic Pittsburgh photographs with comparisons to the same modern settings spanning decades, if not a century, of growth and change.

“Smoke Town” by Mark Whitaker – The extraordinary story of the people and forces that made the black population of the city, for a glorious stretch of the twentieth century, one of the most vibrant and consequential communities of color in U.S. history.

“Pittsburgh Then and Now” by Clyde Hare – Pittsburgh rose to industrial prominence, thanks to an easy supply of coal and limestone. By the time of the Civil War, the iron industry was thriving.

“Sent for you Yesterday” by John Edgar – This novel tells the story of Albert Wilkes, who, after seven years on the run, returns to Homewood, an African-American neighborhood at the East End of Pittsburgh.

“Three Golden Rivers” by Olive Price – This is a historical novel set in 1950, which tells the story of four orphaned siblings who must leave the family farm after their father is killed and traveled to Pittsburgh, Pennsylvania to find work.

“The Leap Year Boy” by Marc Simon – Set in Pittsburgh in the early 1900s, a working class family and an extraordinary boy named Alex Miller, born in the family’s home on February 29, 1908.

“Gem of the Ocean” by August Wilson – This famous African -American playwright dramatizes the African-American experience in the twentieth century.  His plays have stood the test of time.

“Pittsburgh Sports” Stories from the Steel City by Randy Roberts – The reader will know what it means to be a Steelers fan of Pittsburgh sports, among others, the faithful, decked in black and gold, and how they are eager to share their food and their stories about the players and teams, about the champions and the championships, as well as the losses and letdowns.

“An American Childhood” by Annie Dillard – Pulitzer Prize-winning author Annie Dillard’s poignant, vivid memoir of growing up in Pittsburgh in the 1950s. 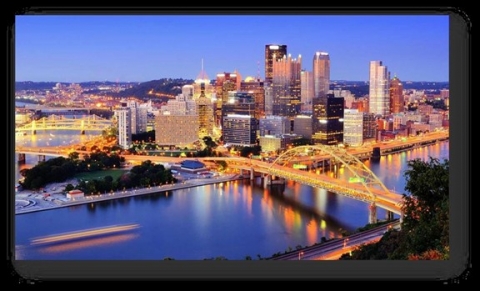