Emory University PhD candidate Connor Morozumi says he took a trip to Costa Rica in 2008 that changed his life.  While studying tropical biology in Costa Rica as an undergrad, Connor observed species interactions in the tropical forest, sparking an intense interest in ecology.

Connor explains that he observed how ants both use other species and work in partnership with them.  The ants live within certain plants, which provide an ecostructure for the ants that includes shelter and the creation of protein packets for the ants’ nourishment.  In return, the ants provide protection to their host plants, attacking any predator that attempts to eat or harm the plants.  Both species benefit from the alliance, thereby creating a relationship of mutualism.

He has continued to research and study the interactions of plants and pollinators (birds, bats, and flying insects that visit flowers) to better understand the characteristics of mutualisms and the future of these partnerships, including the impact of climate change.  Connor explains that plants rely on pollinators to set seed for the next generations of the plant, so things that impact pollinators also affect plants.  In his research, Connor artificially changes the timing of life events that impact plants and pollinators (like early snow melt causing flowers to bloom ahead of their normal schedule) to better understand how climate change will impact pollinators and plants.

The ARCS Foundation Atlanta Scholar Award has allowed Connor to study at the Field Station in Colorado over the last three summers.  He was also able to attend a world-renowned course on the taxonomy of bees (called “the Bee Course”) conducted by the American Natural History Museum in Arizona using his award, which he describes as having a major impact on his research.

“My ARCS Foundation Award has allowed me to participate in the Bee Course and to spend summers in Colorado with peers who are also researching pollinators,” says Connor.  “I would not have been able to fund this travel on my own, so I am very grateful to ARCS Foundation Atlanta for their financial support.” 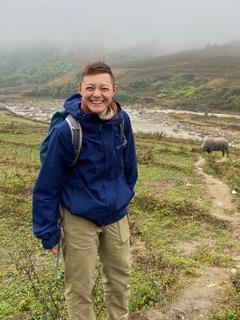