“Every member should serve on the National Board of ARCS Foundation, “ says Sherry.  “I have met some fabulous women through my work there.”

Other ARCS Foundation chapters look to the Atlanta group for advice on topics such as membership development and fundraising, according to Sherry, because Atlanta has traditionally had a very strong chapter.   We have had strong representation at the national level since Janie Wilson was President of the ARCS Foundation, she explains.

During her upcoming role as President, Sherry intends to focus on raising money for ARCS Foundation National operating funds through grants and sponsorships, and on looking for cities where new chapters might be established.  The Chapter Engagement Committee of ARCS Foundation evaluates new locations based on criteria including identification of a community of women who are willing to fundraise and to lead in the establishment of a new ARCS Foundation chapter.

The annual meeting of the ARCS Foundation Board will be held in Atlanta in June, where the Atlanta chapter will be well-represented by Sherry, Susan McGonigle and other local leaders.

Congratulations to Sherry on her upcoming presidency! 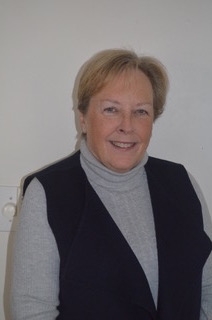